The drvelopment history of SWT 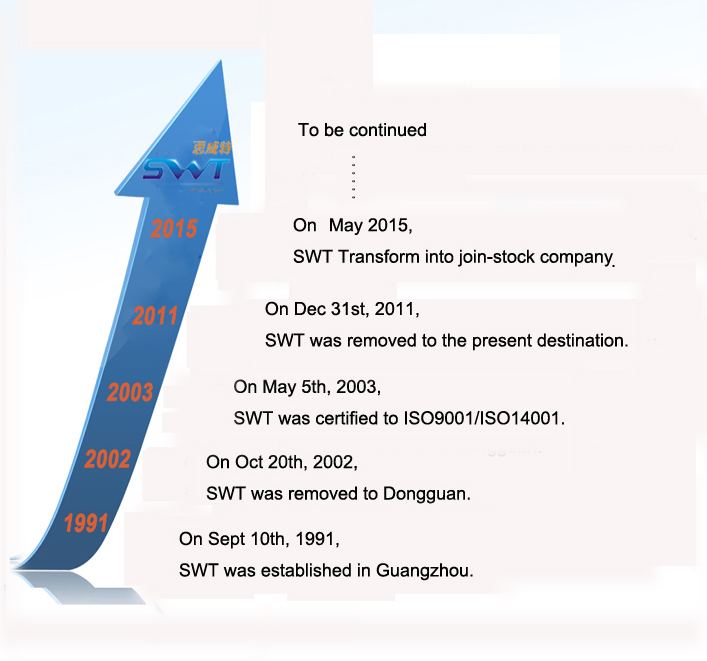 On September 10th, 1991, “Panyu Xingye Electronics Co., Ltd.” was established in Panyu, Guangzhou, and was the domestic manufacturer engaged in the professional field at the earliest. Our company was mainly engaged in international marketing and OEM.

On June 5th, 2001, a team was established in Panyu, Guangzhou, and took charge of domestic sales.

On December 31st, 2011, our company was removed to Hengli Village, Wangniudun Town, Dongguan to expand production.